Being Against ” Anti-Aging” is Getting Pretty Stale…. 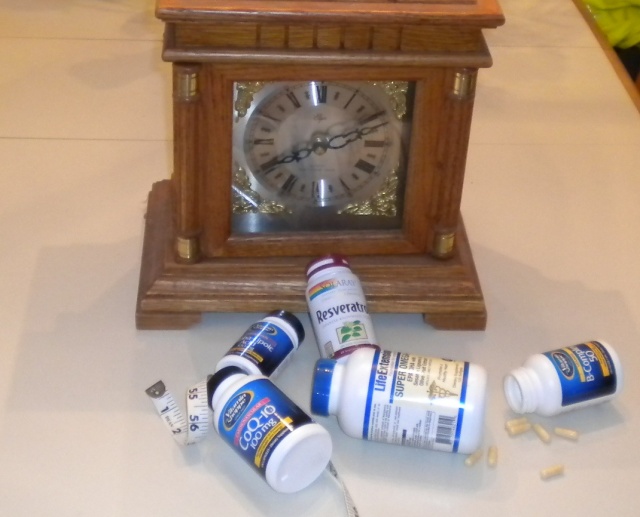 Yes, they desperately want to protect us from ourselves…   “just shut up and grow old!”

An article entitled “10 things the Anti-Aging Industry won’t say” in the Wall Street Journal recently criticized the attempts of earnest people to mitigate the effects of aging, essentially saying that anti-aging is a fruitless quest, so stop fighting the inevitable and save your money.    Though I often read and highly recommend this prestigious newspaper they are clearly not immune to frivolous and negative rhetoric.

We anti-agers are not a gullible, uniformed lot!  To the contrary, avid life extensionists and other health conscious people really do their homework; the ones consistently purchasing supplements and frequenting the workout clubs know how to get the most bang for their buck and it shows on their faces and their bodies.  They are not wasting their resources on a fruitless quest.  Not only that, for the most part science is in their corner.

The article went on to say that “There are no treatments that have been rigorously shown to reverse aging” – Thomas Perls, prof of medicine at Boston Univ School of Medicine.  Ok, so what is he saying?  That we attempt to chronologically turn back the clock?  Who is suggesting that?  But from a practical viewpoint – the view the articles authors themselves are trying to stress, we can reverse most of the negative consequences that aging may present.  Doesn’t this beg the question?  How about the numerous scientific findings that show exercise and dietary protocol do affect and reverse cellular and molecular benchmarks themselves for actual aging?  I have remarked upon this in many earlier posts, the effect of exercise and dietary supplements on telomere length, brain neuron regeneration and various other aspects of it show much more is at work physiologically, and we are not wasting our time or money.

Noted health advocate Sanjay Gupta said recently in an interview that he is very enthusiastic on exercise – he has witnessed personally how it has reversed his own bodily age progression.  He said that he had his telomeres checked prior to beginning a running/weight program, and then repeated the process months later to find that they had lengthened to resemble a much younger person.  This process can be shown to be effective for those much older that the noted doctor.

Fighting aging is a noble undertaking.  It is not “insecurity” that impels us to better ourselves any more that taking an evening course to further our careers is greedy or arrogant.  The more you work against the declines of aging the more you benefit.  Rather than showing insecurity you are showing good sense!  But be sure to be nice to those anti-anti-agers if you happen to visit them in the geriatric clinic on your way to the gym or the basketball court. 🙂 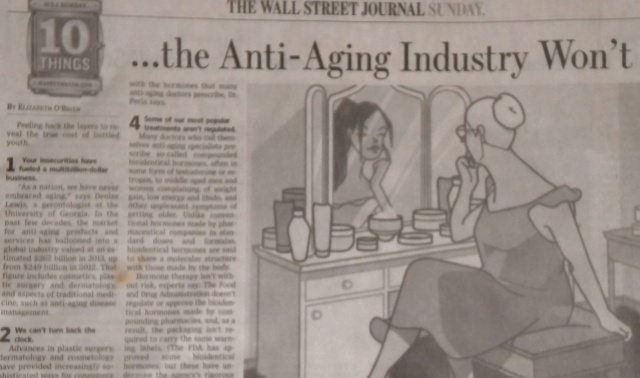